The inflatable roof of Burnaby velodrome in Vancouver has collapsed! Apparently the collapse was due to the heavy weight of snow on the roof and a power failure that shut down the air pumps that keep the roof inflated. Damage to the track is supposed to be minimal, but it will be a while before they know for sure. 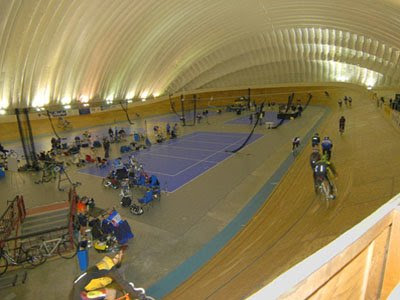 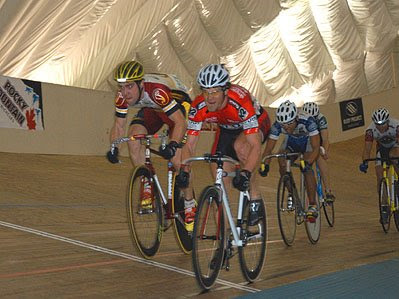 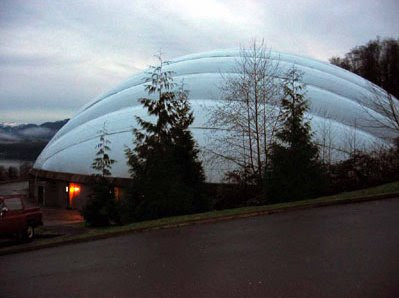 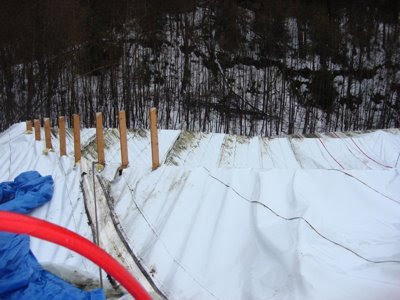 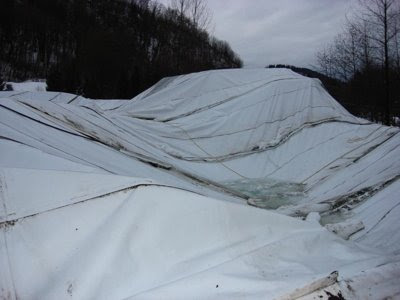 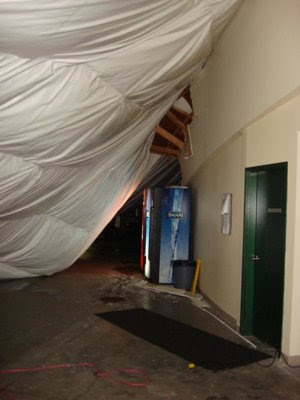 Yikes. I hope there isn't any damage to the track surface. The before photos are from the Burnaby homepage, and the after photos are by Stuart Lynne. Thanks to Ed White on chifg for the heads-up. For more details and updates about the roof, check out the Burnaby Velodrome Club and FixedVancouver.

[edit] Burnaby Velodrome has reopened already! Well done to everyone involved in the cleanup operation.
Posted by Simon at 10:42 AM

OK, it's opened up and we're good to go. http://www.burnabyvelodrome.ca/

New paint on the Cote d'Azur! I'M SO EXCITED!

Thanks for the update. Glad to hear it's open again, and with a bright new cote d'azur and everything!

This is very bad, thanks for this updates.